Delivering for clients: leading the market for 50 years 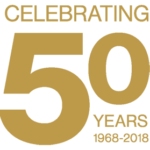 Campion Willcocks is a market-leading provider of exceptional talent to clients in financial services, partnering with organisations worldwide to address demanding change and transition requirements.

We help clients to achieve their business objectives. Our success flows from company values and a business model founded on professionalism, pragmatism, flexibility and innovation.

We listen and understand, enabling our teams to consistently deliver whatever is required.

We bring more experience of industry issues to define needs accurately then deliver the optimum solution.

We mobilise fast based on operational excellence, proven methodologies and a peerless network of talent.

We deliver. Clients trust our honesty and ability to provide talent with the right skills and cultural fit.

We are global.  An international network means we can meet client needs quickly and comprehensively.

The digital era has rapidly changed the market landscape and the way in which organisations operate – shifting customer expectations, disruptive technology and increasing regulatory requirements has reshaped the financial services sector and seen new challenger brands emerge. This decade has been one of substantial growth with diversification and expansion to meet clients’ needs. Our mission is to help clients shape and deliver their strategic agendas, meet the challenges they face today and ensure they have the capability and skills to address tomorrow’s requirements.

2019
By 2019, Campion Willcocks has provided expert services and dedicated professionals to more than 3,000 clients in the commercial, financial and public sectors

With less than five per cent of companies reaching a 50th anniversary, we are very proud of our legacy.

By the turn of the Millennium, demand for our experts increased exponentially as organisations experienced the clear benefits of specialist expertise for defined periods of time: perhaps following an acquisition or during a major transformation. It was a time of double-digit growth with new offices, investment in new technology and increasing numbers of specialist staff and interims to meet the demands of the market.

2008
Global financial crash. The British government averts the collapse of the UK banking sector by bailing out several banks, including the Royal Bank of Scotland, Lloyds TSB, and HBOS.

Delivery earns you trust, trust earns you the opportunity to be part of a client’s future.

30 1990s A period of consolidation as the economy strengthens

This decade was an important turning point for the business. A combination of the economy strengthening in the early Nineties and an underlying trend of falling interest rates led to a growth in lending and a financial services boom.  Also, many of the larger building societies converted to banking status. As the economy picked up, clients increasingly turned to Campion Willcocks to provide interim managers to help accelerate plans, deliver change and drive growth.

1999
Britain decides not to join the European Single Currency

We invest constantly in understanding clients’ evolving needs and the speed of that evolution only ever increases.

20 1980s The worlds of finance and IT change forever, bringing opportunity

The UK entered a recession in the early Eighties – with falling output, rising unemployment and a fall in the inflation rate.  The recession particularly hit the manufacturing sector and Campion Willcocks’ earlier decision to expand into additional sectors put us in a strong position during a period of economic volatility. By the late Eighties, the explosion of technology changed the way companies would do business forever.  In the world of finance: the switch from traditional face-to-face dealing to electronic trading helped London outpace its European competitors and it became a compelling destination for international banks.  This helped fuel Campion Willcocks’ continued development in financial services as a trusted provider of project, programme and change managers.

1986
The ‘Big Bang’ deregulates the City of London, creating a financial capital to rival New York
Major UK national industries start to be privatised under the Conservative government

1988
The recession starts to bite in the UK; Campion Willcocks undertakes a far wider range of assignments

Our success story is built on a commitment to adapt and adopt strategies to mirror the tides of industry change.

When Britain’s manufacturing base began to decline in the late Seventies and its economy became more service-based, Campion Willcocks shifted its focus to help companies increase office productivity. During this time, the company became increasingly involved with central and local government, as well as the NHS, and the interims it supplied were mainly professionals with financial and office systems knowledge and experience. Our long association with financial services began in 1973 when Barclays needed specialists to advise and train staff on how the introduction of VAT would affect their business.  46 years on – Barclays is still a client.

1973
The United Kingdom joins the European Economic Community (as it then was) on 1 January Clients now include British Leyland, British Petroleum, British Gas and British Imperial Tobacco

1977
The personal computing revolution takes off, led by the Apple II, Commodore PET and Tandy TRS-80

By developing and nurturing solid relationships with blue chip organisations, the company began to mushroom, blossoming into a trusted, knowledgeable business partner to organisations across the UK, and worldwide.

The Sixties was a decade of almost unprecedented social and economic change in the UK and it was against this backdrop that Campion Willcocks was founded.  The company established itself as a supplier of skilled management with manufacturing backgrounds that helped increase productivity and reduce costs for some of the most successful and leading British companies, including BP and British Gas.

1963
The Beatles explode in popularity

1969
Neil Armstrong walks on the moon

Our success would depend on a firm commitment to leveraging a deep commercial awareness, understanding of key business principles, consistent provision of true business insight – and crucially – the right experts.  These core values have proven their worth over the decades.